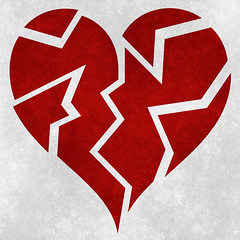 Oh look, while I was busy plotting to take over  another corner of the internet, Kenyan politicians have come up with another one of their gems that force me to come out of my self-imposed purdah. This time, it’s a doozy: polygamy without consultation!

First, I note that polyandry seems to be missing from the bill. If women are equal citizens, why are women not allowed to have multiple husbands? That smacks of a double standard. If men are allowed a harem, women ought to be allowed a troupe of taut, oiled dancing boys – or something similar – to amuse them when hubby is too tired from work or dealing with his other wives. What’s good for the goose is good for the gander, after all.

And while I haven’t read the bill in detail, it appears to make a distinction between civil marriage and customary (read: tribal) marriage. That is a problem. Say a man has taken on a number of wives, but only one of them is registered as “legit”. Are household assets and income split equally or is one favoured over the others? When the wives are in dispute over the treatment of themselves or their children, to whom do they have recourse?

What I can predict with a degree of certainty is that this legislation will lead to the death of romance and the rise of cold calculation where marriage is concerned. A thinking woman, when considering a “come we stay” or marriage proposal, will demand the following as a show of good faith:

Congratulations, Kenyan lawyers! I do believe that our legislators have just made pre-nups, post-nups and new-wife-appearing-nups a thing! All it needs is the right test case and the floodgates will open for an entirely new cohort of people seeking legal advice about their relationships. Think of the fees! And when the relationships break down? Just think of all the billable hours that could be charged! Without any pre-existing arrangements, divorce cases are about to get awfully complicated. And just imagine what happens when the father of such a brood dies without leaving a comprehensive will. It is going to be a bonanza out there. Start advertising now!

If Kenyan legislators had thought about this in any depth before voting for the bill, they would have laughed it out of the chamber, because unintended consequences can be serious and detrimental to everyone. But they didn’t, because the majority are men, and so are convinced that having more than one wife is what their Sky Daddy wants for them (your flavour of Sky Daddy may vary; mine is the Flying Spaghetti Monster, preferably with carbonara sauce). So while some Kenya men celebrate the idea of unlimited spouses, women quietly see the deckchairs being moved on the Titanic, and wonder whether marriage is worth the bother at all. Those with money plot silently to fly to foreign sperm banks with sane legislation should they wish to have children. Good Kenyan men of quality have effectively seen their lawmakers make them redundant.

Kenyans: a nation of lions led by donkeys. Only this time, some of the lions are happy to follow.